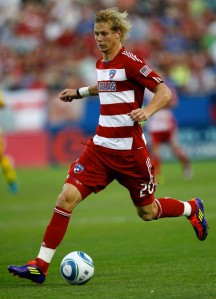 FC Dallas standout Brek Shea capped a successful 2011 with a month-long training stint at Arsenal.  Few expected much to come of the opportunity in terms of a loan deal or something more permanent – least of all Arsenal skipper Arsene Wenger who downplayed their invitation to Shea – but it was a great chance for Shea to train with some of Europe’s best during the MLS offseason.  Between U.S. Men’s National Team call-ups and the Arsenal invite, FC Dallas fans were proud to see one of their best get so much deserved recognition. 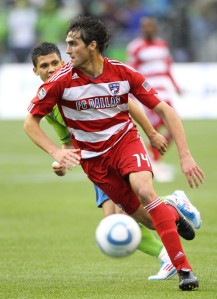 Then a few weeks ago came the news that defender George John was heading to West Ham United for a two-month loan spell.  Again fans were pleased to see one of FC Dallas’ outstanding young talents validated with such a high-profile opportunity.  Both Shea and John were also invited to the U.S. Men’s National Team winter training camp, though John is unable to attend due to the West Ham loan.

The Shea and John opportunities highlight a catch-22 for American soccer as a whole.  MLS is getting better every year and helping produce world-class players, but they’re not necessarily able to keep those players stateside.  On one hand, the more our best players get to play top-level soccer the better – especially for national team purposes.  On the other hand, it doesn’t bode well for the development of MLS if its best prospects get scooped up by foreign clubs (latest example:  Bolton’s snag of Tim Ream from NY Red Bulls).  I don’t blame players at all for wanting to give Europe a go if a club comes calling – it will probably make them a better player (and make them more cash).  But as a fan, I want to see top players like Shea and John don the FCD red and white for the long haul.

For now, we can supposedly look forward to seeing Shea and John in the FCD lineup when the new MLS season kicks off in March (though John’s deal apparently leaves an opening for West Ham to keep him on if things go well).  I hope we do get to see them back in Dallas, as they’re both rising stars playing for a franchise that needs the potential drawing power of stars more than most other MLS teams.  I think the sky’s the limit for Shea in particular.  He could be the U.S. National Team’s best player in a few years.  FC Dallas fans better enjoy these guys while we can, because the reality is they may soon be too good for a club our size to afford to keep.

What do you think of offseason loan deals for MLS players?  Does it help or hurt MLS?

I’ve followed the daily transfer rumors more closely this summer than I have in past years and it has been quite amusing.  The latest example being Sir Alex Ferguson’s denial that Manchester United are deal-making to acquire Wesley Sneijder from Inter Milan.  It was a pretty firm denial in the face of supposedly serious reports all week that a deal is imminent.  The moral of the story is you don’t really know what’s going on with a player during transfer season until they show up in a new uniform.

I’ve kept tabs on the transfer rumors just to keep up with which Chelsea players are coming and going.  Of course, all the attention has been on Chelsea’s attempt to get Modric from Tottenham.  That deal is apparently deader than it’s been all summer after Tottenham nixed two Chelsea offers and denied Modric’s transfer request.  This mini-circus will likely continue until the season starts and I wouldn’t be surprised if Modric ends up in a Chelsea uniform during the January transfer window.

I think Chelsea should abandon the Modric pursuit in favor of another of this week’s rumors:  trying to get Scott Parker on loan from West Ham.  The times I’ve seen Parker play the past couple seasons, he has displayed the kind of relentless hustle and passion that was missing from much of the Chelsea squad last year.  Because of his age, he may not be a long-term addition, but if one of the primary personnel needs at the moment is a replacement for Essien at midfield, Parker could be just the shot in the arm the team needs.  Currently Aston Villa seems to be the frontrunner to acquire Parker’s services.

The other prominent transfer rumor of the week was Chelsea’s pursuit of Bolton defender Gary Cahill.  Interesting, though Chelsea’s defense seems to be in pretty good shape right now.  If this deal happened, I can’t see Cahill starting over any of the current group very often.

Other quieter rumors this week include Nicolas Anelka possibly returning to Paris St. Germain and Alex maybe heading to Bayern Munich or Real Madrid.  I like both players a lot, but of the two, transferring Anelka might be the shrewder move because of his age (32) and the fact that things are a little crowded at the Chelsea forward position.  It’s time for Daniel Sturridge to see more minutes at forward and transferring Anelka would help facilitate that. 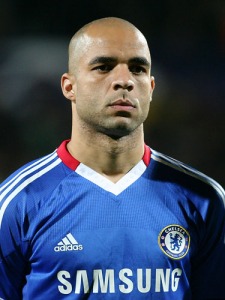 I would hate to see Alex go.  When all the Chelsea defenders are healthy, they have a deep, quality bench, which is vital to the long EPL season.  If Alex left, adding someone like a Gary Cahill would be essential to maintaining that bench depth.  Anelka played in the second half of Chelsea’s first preseason game against Wycombe Wanderers Tuesday, but Alex did not.

Finally, two young Blues received welcome contract extensions today.  Twenty-two-year-old left-back Ryan Bertrand signed a four-year deal.  Eighteen-year-old midfielder Josh McEachran signed a five-year-deal.  Both signings seem very promising, though I only saw Bertrand for a few minutes in one game last season, so I don’t know much about him yet.  The McEachran signing is great for Chelsea. 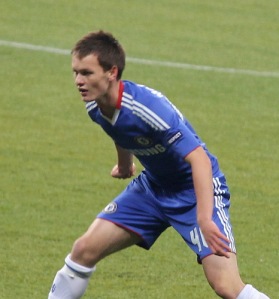 Ancelotti worked him into several games last season and despite his beanpole build, McEachran was extremely impressive with his poise, patience, placement, and passing prowess (I got on a roll with the p’s and had to keep it going).  If McEachran can avoid burnout and develop some upper body bulk, he could very well be Chelsea’s Lampard of the future.

Which of these Chelsea transfer rumors is most exciting?  Most disappointing?